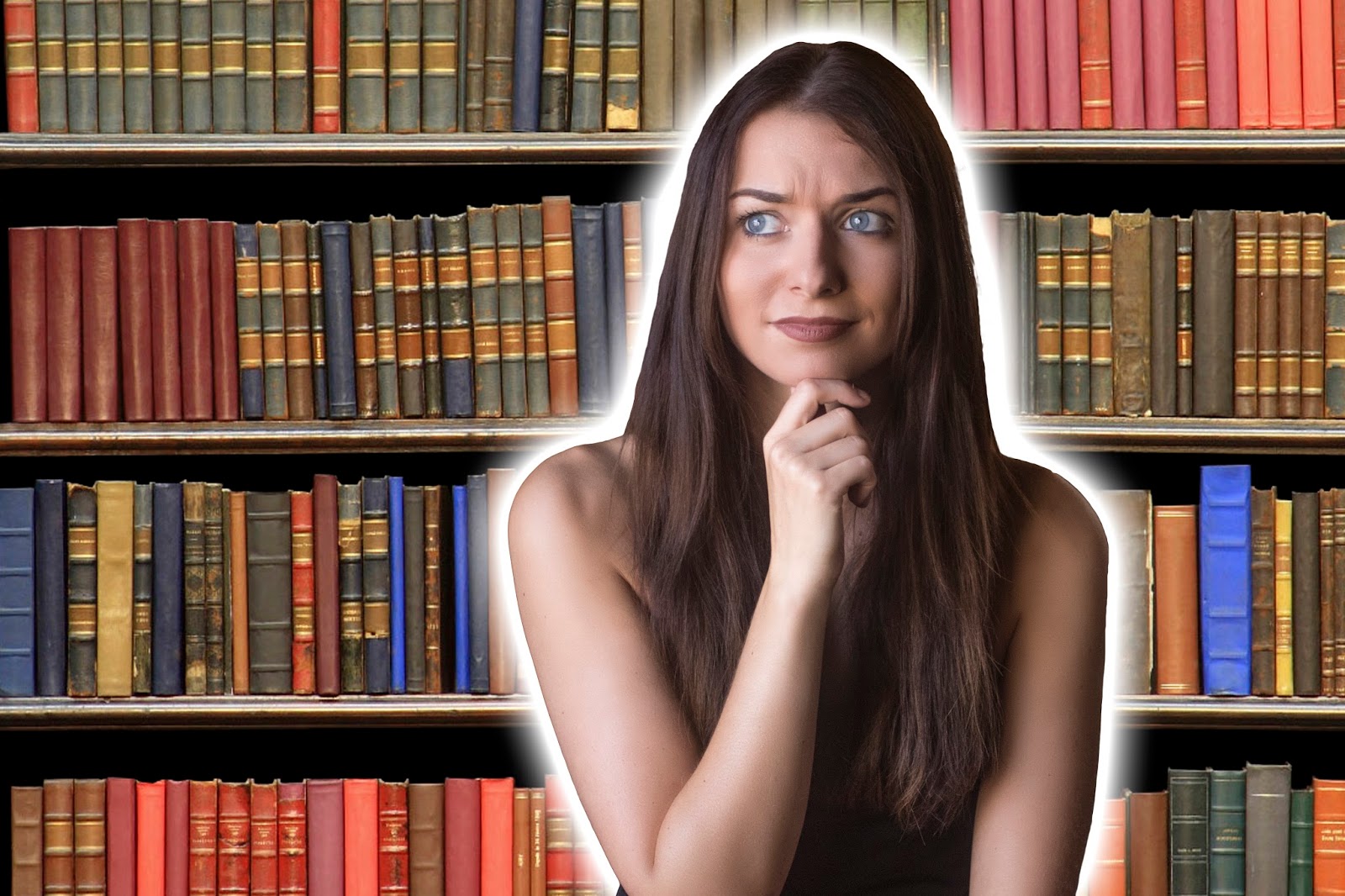 For the last two years I have been desperate to create this piece of content but if I am honest with you, it hasn’t felt right up and until now. So I am pretty excited to share this post with you all. Now University… how was it? Er well, it had its up and downs. I personally felt that I went to uni for the wrong reasons, for one I was desperate to leave home and two, I chose a law degree because I knew that the money would be good. But if I had the chance to guide my 18 year old self, I probably would of changed a few decisions. No one should go to uni just because their parents and teachers want them to, it should be a decision made by you only. If you are still unsure whether you want to go, or even undecided on the course you want to take, go on a gap year (if anything it’s a very smart decision to do so). But nevertheless I am glad that I went to uni because I know that I probably wouldn’t of created my blog and YouTube channel (which is now my full time career), and after all law is a very respectable degree. So the experiences, let me take a moment to dig deep for a minute.

I do explain my experiences into depth in my YouTube video (click here) but if you are wanting a summary, you have come to the right place. So let’s start with first year. Arriving to uni is daunting, I mean, you don’t know anyone and you’re not entirely sure what your room is going to look like. I was one of the first to arrive so I had time to set up my room and get settled and as you can see from the photo below, it looks pretty cosy. I met my neighbour first (who was a guy) and he was rather lovely but then the others started to arrive in dribs and drabs. I remember one girl (who lived opposite me) having a go at her dad for hanging her mirror in the wrong place (full on brat moment) and the others down my corridor, I just found it really hard to ‘click’ with them. Before joining uni I was very independent so financially I supported myself and had done my own cleaning and washing for a very long time. Because uni is really expensive I unfortunately did not have any financial help from my parents, so I had to get a job with full time hours. I was pretty much the only person who had a job and people just didn’t understand the fact that I couldn’t attend nights out or afford spontaneous trips out (a lot of people used to get £100’s of pounds a month from their parents). This also meant that joining societies was limited and juggling a law degree, full time work and socialising was extremely hard. I do put it down to maturity but I really wished that people just understood my position a little more, but they clearly didn’t.

Fresher’s week was really good, I only did 5 nights out of 7 (because I did something quieter on the last 2 nights) but it’s a great way to meet new people. After Freshers I caught ‘The Fresher’s Flu’ and I had a very bad chest infection for a number of weeks (it was that bad that I had to go to hospital one night). I personally don’t think you have to buy the Fresher’s ‘band’ or ‘pack’, you can easily ‘pay as you go’ but then again, I guess that’s down to the university. In my My Experience At University Video I also discuss Fresher’s Fair, books, societies and friendships so make sure you go check that out by clicking here. Ooh I have also done a What To Take To University Video which you can also check out by clicking here.

Second year, well let me just summarise, it was terrible. Half way/at the end of first year, it’s the time to decide who you are going to live with and where you are going to live. So as you can imagine this is pretty tough, for one you hardly know anyone and two, getting a house? Not only is it really expensive but choosing the right one for everyone is a chore. I also found that a lot of people went behind one another’s backs, for instance one would say that they were living with one group whilst promising another group. Again a maturity thing, not everyone is up front with one another. I moved in with 3 boys and 2 girls and the chemistry between us 6 seemed to be good. When it came to look at a number of student houses it appeared that every single house had two things in common, they were all mouldy and disgusting. Student housing really isn’t nice and the landlords and agents that look after these properties really do not care. We had such a bad experience with our landlord but I’ll go into detail in a second but first, what was it like living with my house mates?

I personally had no issues with the girls (and one boy), they cleaned, they washed up, they were respectful and I generally enjoyed their company. But the other two boys? Where do I start. When you start living with people you really do learn more about them, and sometimes living under the same roof as them can become unbearable. So let’s start from the beginning- I arrived to our house a few weeks earlier than everyone else because I had to start working back at LUSH. As the house was an absolute tip upon arrival, I spent hours cleaning the house and getting everything ready for everyone. As you can see in the picture above the living room and kitchen looks spotless- I was really happy with the space and it felt like a place I could call home. Everyone then moved in and I went back to Wiltshire for 3 days to sort a few things out but when I came back… the place was a tip! Food everywhere, booze on the rug that I had just bought and the place just looked a right mess. I remembering feeling so upset and disrespetced (I swear I had a photo but I can’t find it!).

Washing up was another major issue, no one ever did it. I remember us girls getting really annoyed so we stuck notes all over the boys dishes and bedroom doors just to get them to do it. One time I came home from a late shift at LUSH (it must’ve been 11pm) and the amount of dirty dishes was insane. I got so fed up I washed them all up that night, did I get a thank you? Of course not. Also house parties was another issue. Yeah sure I love a house party… but not when everyone starts bringing drugs into your house! I went back home to Wiltshire for a weekend and when I came back, someone had been in my room! I kid you not I found a drugs packet in my bed and some random girl’s necklace on my study table, I literally felt sick. What gives anyone the right to stay in my room without permission? Even worse, do drugs in it. It was just an awful environment.

Now the land lord and agent, grab a cuppa because you are going to need it. When getting a student house you must be ever so careful as to who you go with. All land lords and agents must have a Gas Safety Certificate and immediately protect your deposit under the Deposit Protection Scheme-something to which our land lord/agent had not done. But first what was it like living in the actual house… well nothing got fixed. One of my house mate’s rooms had water gushing through the ceiling and he also had a massive mould patch, we obviously complained about it but it took weeks for the ‘handy man’ to come out to us. When he inspected the ceiling he told us that it was ‘absolutely fine and that his house was like that too‘. This was when I lost my rag, water was pouring through the ceiling and he said that it was ok? A week later someone came out to fix the roof but it was a bodged job. When it came to getting our deposit back, it was a challenge in itself (bearing in mind when we arrived at the property it was disgusting). The agents had gone under so it only meant one thing, calling our land lord. I called pretty much every day, left voice messages and texts… nothing. I started to get really suspicious so I did a few of my own investigations.

The Citizen’s Advice Bureau were really helpful, we identified that the land lord didn’t have an up to date Gas Certificate and our deposits hadn’t been protected under the Deposit Protection Scheme- which is really illegal and you can sue up to x4 times the amount back. Fortunately I managed to find his address so I sent him a ‘Letter Before Action’ which meant that if he did not pay us our deposits back within the two weeks, we would be pursuing a court claim and suing for the quadrupled amount (I also attached all of my evidence in this letter). A week later we each received our deposits back and the letter was read and returned back to me in the post (which I find really strange but anyway…). So the moral of story is, be careful as to who you rent from!

Third year was my favourite year. After being scarred from living in student housing, I decided to move into an Unite apartment which I must add is really expensive (but really worth it). My apartment was lovely and I had a spacious room with an en-suite. If anything needed to be fixed, it got fixed straight away and the onsite staff were really nice. Before you move into any house, please take as many photos as you can and be really thorough with the Inventory. When it came to moving out of my apartment they tried taking 3/4 of my deposit! But as I had taken lots of photos and was thorough with my Inventory, they ended up giving back my full deposit. I also found third year the most enjoyable; I selected the modules that I wanted to do and I also discovered this blog and YouTube channel. Overall I do not regret going to university, it’s set me on my path, but I seriously would of changed a few things.

Are you going to uni soon? Have you been? What are your thoughts/experiences?