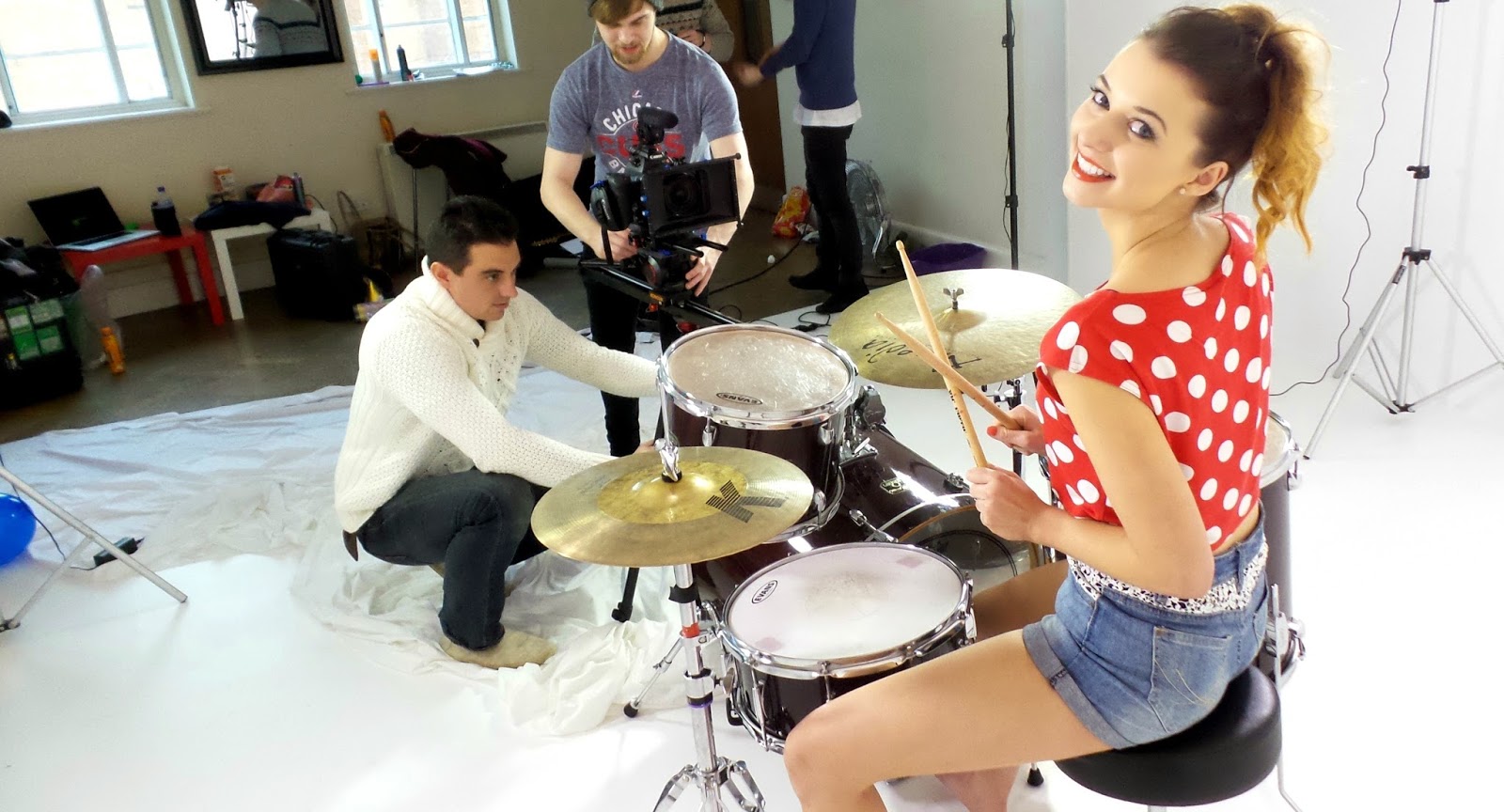 Happy Sunday dolls! Well this was all kept a little hush hush but a couple of weeks ago I filmed music video number 3! Some of you will remember that last year I was in the Elyar Fox’s music video ‘Do It All Over Again’ (where you will see my very impressive dancing skills on a bed) and the year before I was in Kyoto Drive’s music video ‘Breathe’. I’ve never mentioned this on here before but I have always really enjoyed to act- GCSE, A level, clubs, you name it, I was there playing whatever was going. Acting and being in front of a camera has always come quite natural to me but for some, it can be utterly terrifying. I think that the more and more that you practice in front of an audience or camera, the more it becomes comfortable and natural. Therefore it would be the right time to say the cliché saying ‘that practice makes perfect’. This time I was being filmed in new artist Calum Foad’s debut single ‘MeMeMe’ which was co-written and produced with Dan Weller. Dan Weller is popular for producing and song writing for Enter Shikari, Kids in Glass Houses, Young Guns, and many more other amazing bands. Therefore it was amazing to be asked by Calum and my good friend Josh to take part.

The song cleverly highlights the habits of social media sites like Twitter and Facebook. Social media can be quite narcissistic, and it can be agreed that we use them as a tool to brag about what we’ve done with our day (everyone is guilty of that). And of course not to mention to post that great selfie that you’ve just taken of yourself (winky emoji). So overall it was great to play such a coloured character. Other than playing on a drum kit and pulling selfies, there were many other things that I had to do. So as a little teaser I vlogged a behind a scenes video which you can find below (I haven’t included everything so you’ll just have to wait until the finished piece).

New HTML: You can now find me at http://eltoria.com