Happy Sunday everyone! I hope you are all doing good and are
enjoying this amazing heatwave that we are currently experiencing (I have
honestly been melting!). Well I am extremely excited to share this post/video
with you all because this is Episode One to my South African adventure. I have
decided to split my African journey into two posts and videos because the
second episode will only feature the African Safari that I went on, and I kind
of thought that the Safari footage would look best on its own because we were
very fortunate and saw a lot on it (so be sure to subscribe to this blog (click here) and YouTube channel (click here) so you don’t miss out). Now I never
actually really told you guys as to why my boyfriend and I were going to South
Africa this year (it must have been all of the excitement). My boyfriend was on
the cruise ships with his mate Justin for a few years and they both roomed
together for around 6 months- so you could most definitely say that they are
like brothers. Justin was getting married to the beautiful Simone (I know
someone with the same name as me) and Joe (that’s my boyfriend) and I just couldn’t turn down the invite…I mean South Africa (I had a major FOMO moment).
So we promptly booked our tickets and we honestly had the best time ever! So that
you guys can take a little snoop into our holiday, I made sure that I got a lot
of photos and footage to compile this post and video together. So here I go…. 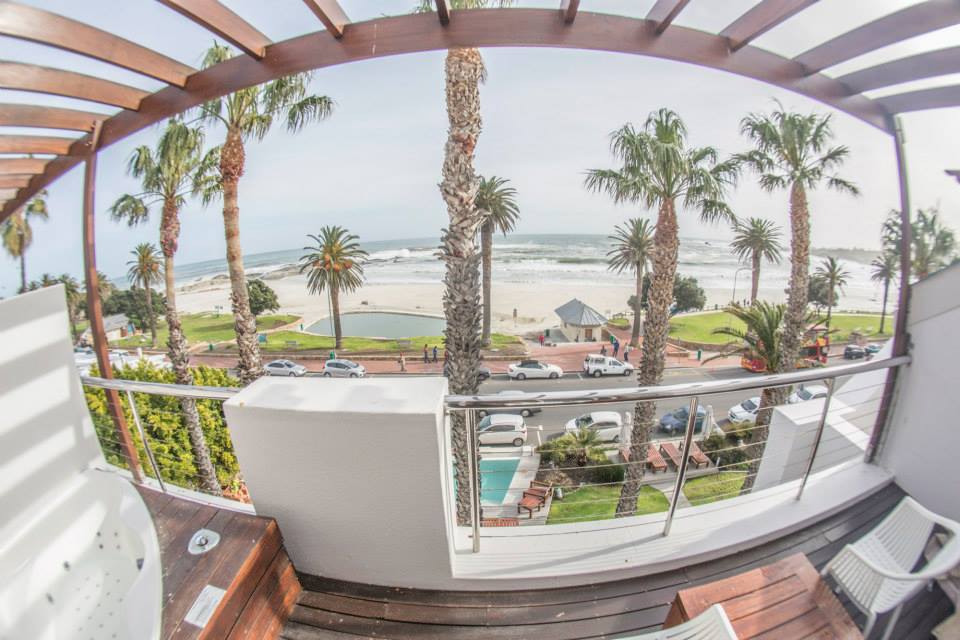 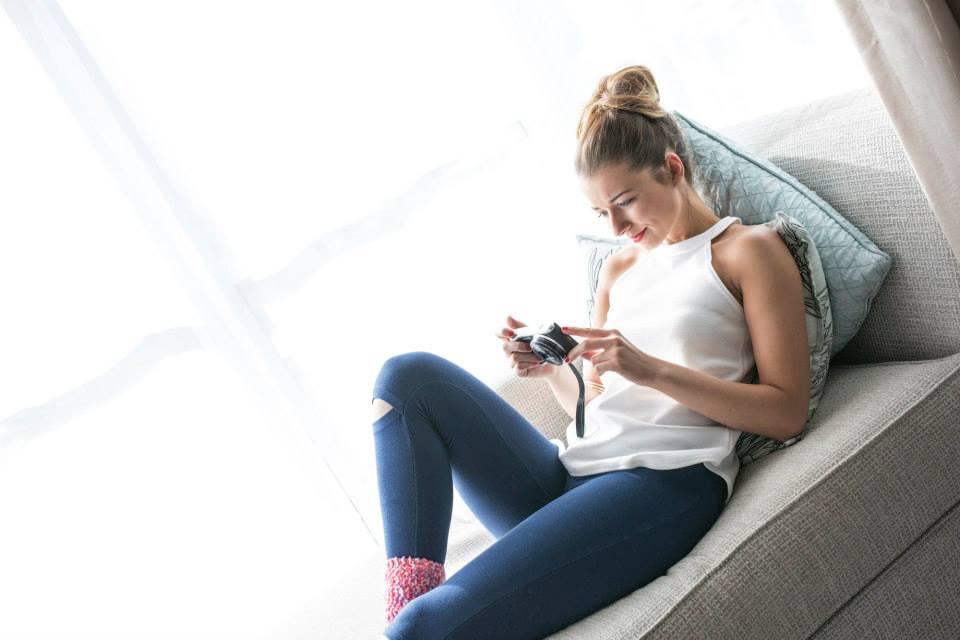 The plane journey to Cape Town was extremely long- we took a
7 hour flight to Dubai and then a 9 hour one from Dubai to Cape Town (the
journey was a lot longer on the way back). Let’s just say that I didn’t get one
bit of sleep in 36 hours and I now hate plane food. However, the hotel that we
stayed in was utterly amazing (even amazing in the royal sense). The Bay Hotel is situated in Camps Bay, Cape Town, and as you can see in the photo
above, it is right on the beach overlooking Table Mountain (it was just breathtaking
to wake up to it every morning). Although Joe and I thought that we had just
booked a normal ‘hotel room’ (you know a bed in one room with a bathroom) we
had in fact booked a whole suite- dining room, living room and two balconies
with a hot tub on one too. We were so lucky and just couldn’t believe how cheap it was
(£150 a night!). Well that’s not cheap but considering what we got for it. Even
the likes of Prince Harry, Shakira and Pixie Lott featured on their ‘hall of
fame’ wall, so thinking about it, I may have stayed in the same bed Prince
Harry… now that’s a strange yet fuzzy thought. We also went for deep tissue massages at the hotel which was just divine! 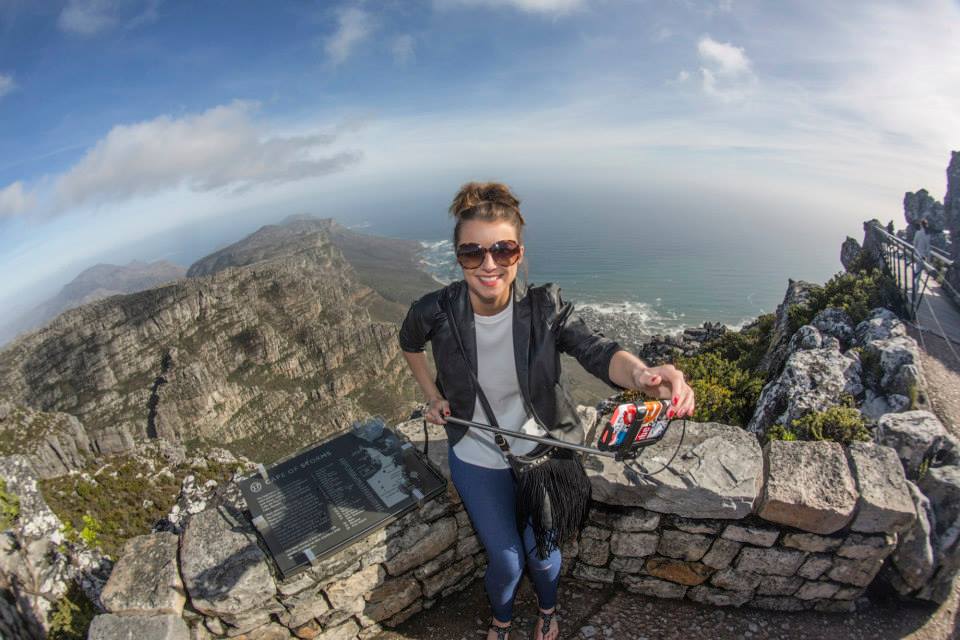 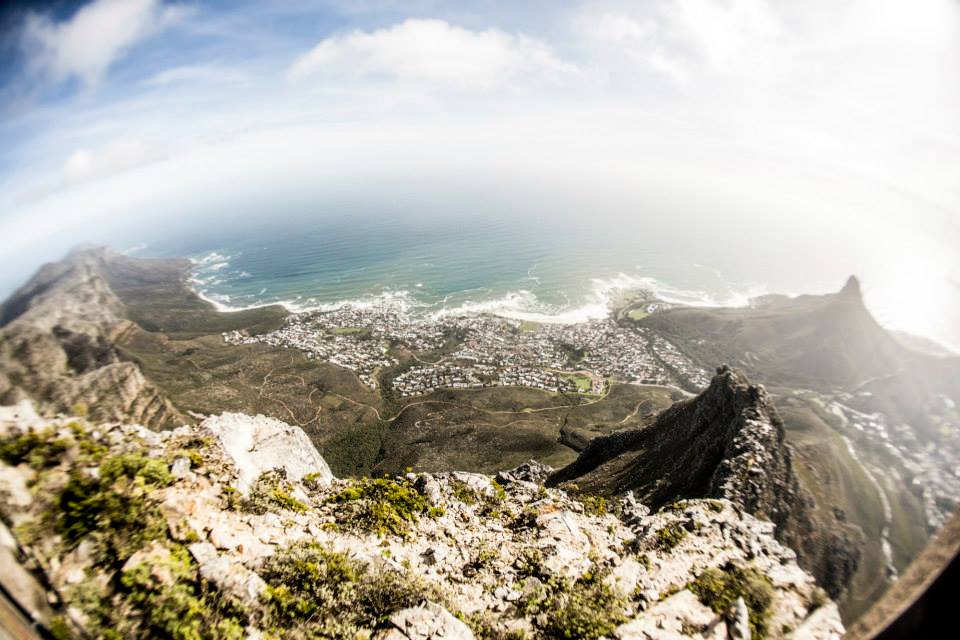 With South Africa being home to the most deadly snakes and
spiders in the world, I thought that I would have to be constantly on guard all
the time, but I didn’t see one snake or spider (well I did see a house spider
which was huge but not dangerous at all). I think that as it is South Africa’s winter at the moment, most of these creatures were hibernating (hooray). So if you too don’t like snakes and spiders, June is
a good time to go! We were also extremely lucky with the weather and although
the locals thought that it was incredibly cold (and I’m talking hats and gloves
cold), we were happily in our shorts in mid-20 degree heat (well between 21-25
degrees.). So on one slightly nippy yet clear and sunny morning, Joe and I
thought that it would be a good idea to go up Table Mountain. Now I have only recently been informed that Table Mountain it is not in fact called ‘Table Top Mountain’ *face palm*, so I do apologise for that incorrect reference in my video (lol). Table Mountain is a must if you ever get to go to Cape Town because the views from the top are just out of this world- you can see everything from the World Cup Stadium, the town, more mountains and of course the coast. You can hike up there or take a cable cart to the top which takes minutes, so the choice is yours! 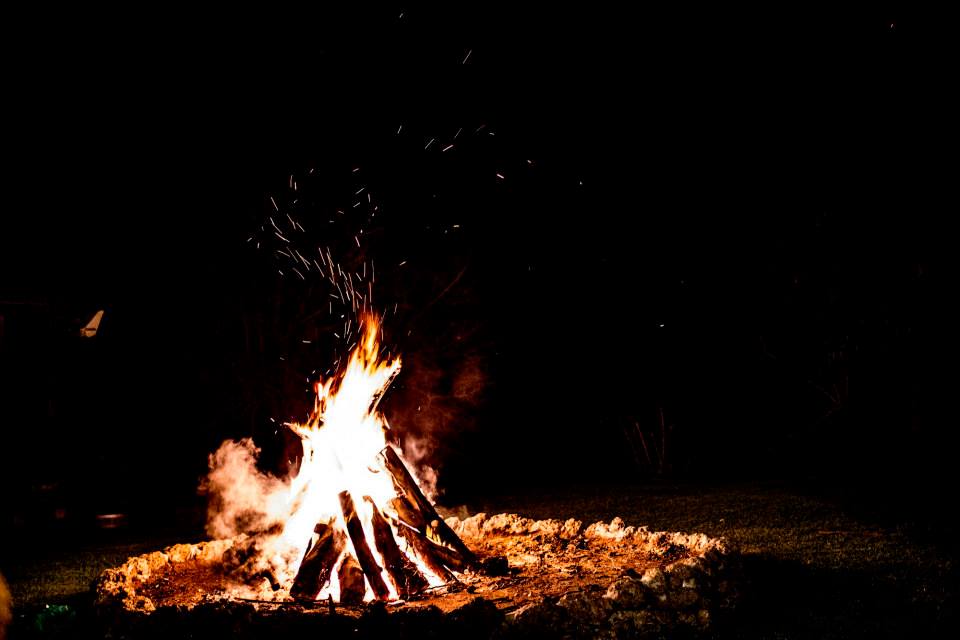 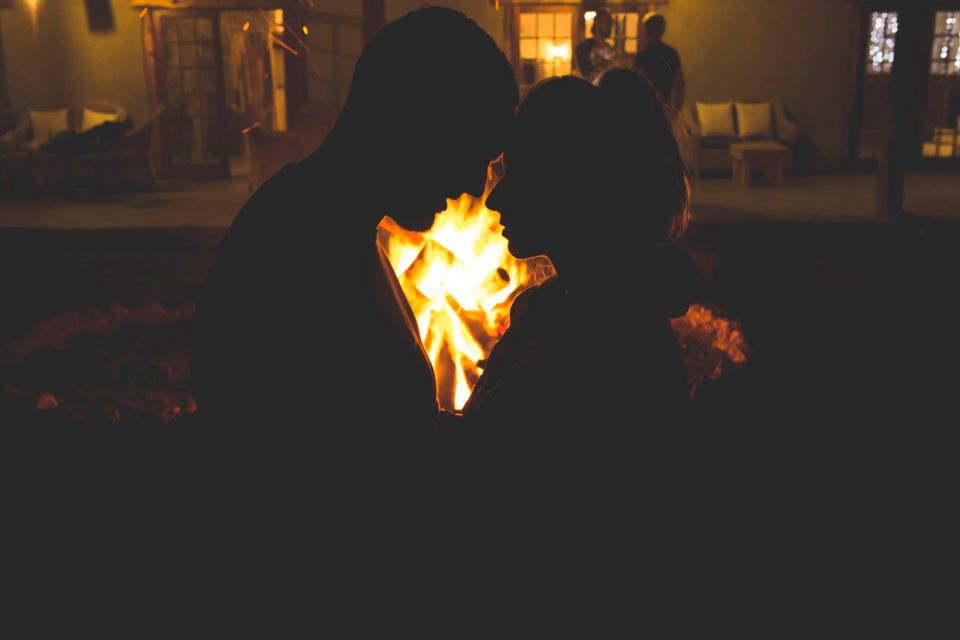 Ok, I have never in my life cooked my food on a fire
before… until now. ‘Braaing’ (I have been told) is a South African norm which pretty much takes place on a daily basis- well in Summer I’m guessing it does. And honestly throughout my time in South Africa, I most definitely ate some of the best foods and dishes in my life- the food is so fresh which bursts with flavour. Now I am a fussy eater when it comes to fish and meats, but I ate my first lot of oysters, mussels, biltong steaks, bunny chow and a lot of other things like pop and sauce (I think it’s called that) and Boerewors (which is like a long curly sausage). The food out there is incredibly cheap and the portions are so much bigger than what they are in the UK, for example, we were able to take 12 people out for dinner for just £70 (in the UK that would have been more like £300). So for two nights out of three at the wedding venue, we were braaing our food and just chilling out by the fire with a glass of wine to hand, great company, music being sang around the fire, and the sound of the wildlife echoing behind us. We also experience two hours of ‘load sharing’ which is when the electricity goes off for two hours (yes we ended up in the darkness for the whole of that time). I feel for you South Africans! 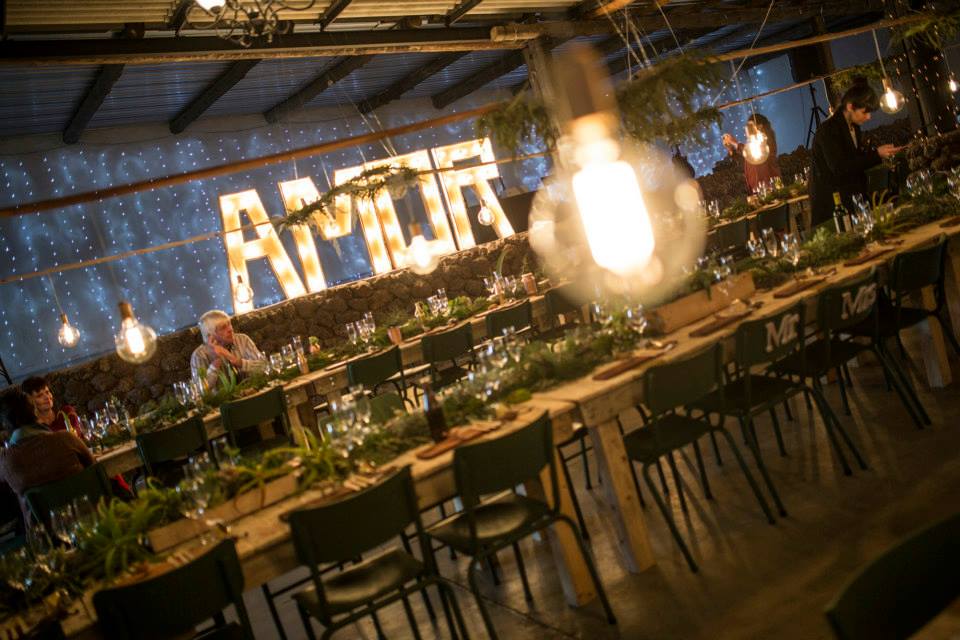 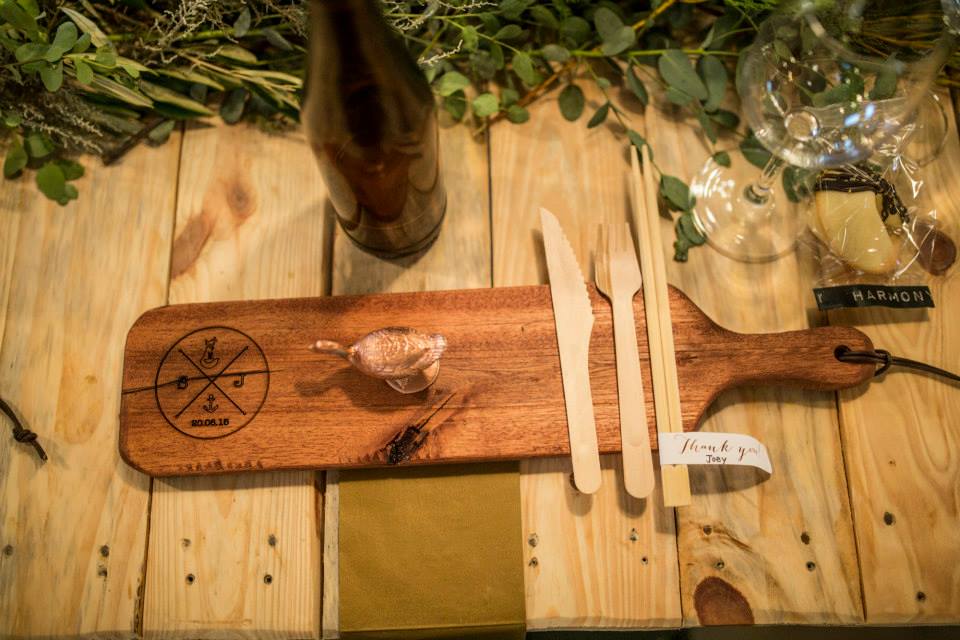 Now the wedding wasn’t like your typical English wedding, not even close. The style of the wedding was a ‘market theme’ and the location of the place was just stunning- it was at an old farm which had acres of land and accommodation too. We were at the wedding venue for a grand total of three days, which gave us all plenty of time to make things and get things ready for the big day. Now you all have to believe me when I tell you that pretty much everything at the wedding was hand made- from the plate in the picture above, to the flowers, and even the wedding dress (oh yeah you definitely have to go and watch my video now). I was responsible for making the reeves and I have to say that I think that I now have a new and hidden talent for making them (I’m actually quite good ha). It was so lovely to see all of their friends put in so much effort, for instance one of their friends had made all of the woodwork from scratch which must’ve taken months to create. Everything was made with care and love which certainly portrayed on the day. Click here to check out my video which will show you all of the before and after footage, the scenery, and the stable that I stayed in (yes a stable!).

Be sure to check out my video by clicking here . Catch you next time in Episode Two (THE SAFARI EDITION!).


Are you planning on going to South Africa or a holiday of a life time soon?